Skip to content
Home Computer Science What is antivirus | Difference between antivirus and firewall.

Recently there are a lot of activities in the cyber world be it hacking, attacking a personal computer, data breaches, and many more (To know more about cybersecurity read our blog). Here I am going to discuss the difference between antivirus and firewall.

The sole purpose of these activities is to get profit through our data, ransom awareness, or any other source.

But, we all know every coin has two-phase so does this.

Difference between antivirus and firewall? 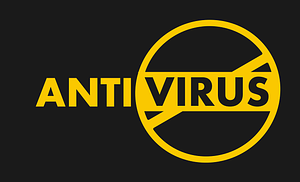 To understand antivirus, let us first see what actually a virus means. Similar to a human virus-like flu-virus in this COVID-19 pandemic that requires the host (humans) to transmit itself a computer virus also needs the host (computer) to transmit or transform from one device to another through networks.

It keeps on replicating itself to infect more and more computers.

How does the virus work?

You may have downloaded certain files from the internet in the form of documents, music, or video, it’s that point when a virus comes to your computer by attaching itself through your downloaded file.

The virus remains dormant until you execute the downloaded file, once you open or execute the file, the virus starts its effect by reproducing itself within the computer and other computers over the same network connected to yours.

In this way, all of your computer or network gets buggy and not compatible to work. So what’s the solution?

Like we humans need a vaccine to withstand a deadly virus, in the same way, computers need a vaccine and it is called antivirus. An antivirus is a program that you install on your machine and all it does is, knows the authenticated software from the source and if it suspects any foreign or malicious code within that software it removes it.

How do Antivirus works?

Once you successfully download the antivirus it starts working in the background of the machine, it keeps on checking the task manager, browser, hardware and software interrupt, external devices, and many more.

And if it encounters any suspicious activities it lets you know and sometimes if it’s serious it delete on its own without your permission. To be updated with technology trends, your antivirus should also update itself regularly.

These are a basic task which antivirus performs.

What is a Firewall?

We saw how antivirus protects a computer that is it focuses on protecting a single computer.

But firewalls are designed to protect many computers at once, that is they do not protect computers uniquely instead they protect the whole network on which these computers are connected.

In this way, they achieve to protect a lot many computers at once.

Therefore a firewall is also called a network protecting device.

How does a firewall work?

Sometimes some unauthenticated code or data package comes within our local network which fails all computers connected to that network.

That’s where the job of the router gets an increase, the router not only routes the data from one device to another but also checks the type of data package being exchanged over the network, based on some algorithm.

If anything goes out of order the router discards that packet from leaving or entering the network.

At the computer level firewall works at port, but on a network level, it works with a router or modem based on the type of data.

Smart Homes and the change in our lives.

What is a Lean Software Development. Principles of lean software development.

How To Become A Cyber Security Analyst? Scope, Salary Everything In Deatil.

What is a firewall. Types of firewalls.